This is the world's most comprehensive explanation of the value of Takashi Murakami's （村上隆）artworks. Part 1:

In this article, I would like to explain why Takashi Murakami, whose works are always controversial in Japan, is so highly regarded in the West.

To put it bluntly, the reason why Takashi Murakami is so highly regarded in the West is because he combined the history of Western art with Japanese anime culture.

The same is true for Yoshitomo Nara(奈良美智).

"I have done the same thing as Picasso!
This is what he meant.
The West, especially the United States, is an entrepreneurial culture, where inventions and discoveries are highly valued.
Therefore, the evaluation criteria for art is also "What new innovation or innovation  has it brought?

Innovation is a concept originally advocated by the economist Schumpeter, and refers to" groundbreaking ideas, inventions, and discoveries that change the times and society".

In recent years, it has been smartphones, sns, etc.

Innovation is "a new combination of what was previously thought to be different disciplines".

The status of a gallery in the world is determined by its ability to exhibit at the Basel, Miami and Sao Paulo art fairs.

From Japan, only about three to five galleries, including Tokyo Gallery and Taka Ishii Gallery, are allowed to participate.

I believe that Tokyo Gallery and Taka Ishii Gallery are the only galleries that have been regular participants. 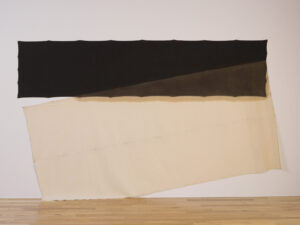 Mr. Hozu Yamamoto, president of Tokyo Gallery(東京画廊 山本豊津代表)told me about three years ago in Miami.

"The Tokyo Gallery's work is the most subdued in color. The colors are really plain," the organizer told me.

"It's really different from others. It's a culture that appreciates the only one that exists," says Mr. Yamamoto.

If you look at the artists represented here, you will see that they are selected almost exclusively for their innovation in the history of Western art.

For those who still think that Takashi Murakami's work is not of high quality, even when viewed as anime.

Maybe that's because he's flirting with the Western industry. 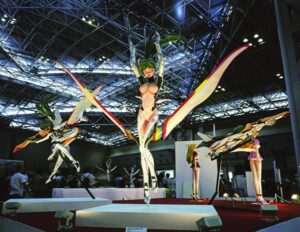 Osamu Miyawaki（宮脇修）, the president of KAIYODO（海洋堂）, the first company to produce Murakami's figurines, asked him,

Takashi Murakami wrote in his book "Art Entrepreneurship（芸術起業論 幻冬舎）", and I agree with him.

If you compare the life-size figurine of Ayanami Rei（綾波レイ） from Evangelion（エバンゲリオン） to Murakami's S.M.T.P. Ko2 and Hiropon-chan（ヒロポンちゃん）, both of which are supposed to be clones of Ayanami Rei, the latter is just plain dull.

As President Osamu Miyawaki （宮脇修）says in his book, "There are as many infinite things to create as the number of stars twinkling in the night sky (Kodansha)『創るモノは夜空にきらめく星の数ほど無限にある』（講談社）" , Takashi Murakami is a painter of exceptional talent.

As for Jakuchu(伊藤若冲), whom Murakami praises and cites, if we consider Okyo Maruyama（円山応挙） as a legitimate painter, I think Jakuchu can be called a unique artist.

Or rather, leave the legitimacy to me.

In fact, as Takashi Murakami himself says in his book, "The Struggle for Art," Murakami's works are deliberately downplayed so that they will be accepted and appreciated by white Western gallerists, purchasing advisors, and collectors. In other words, it is demeaning. 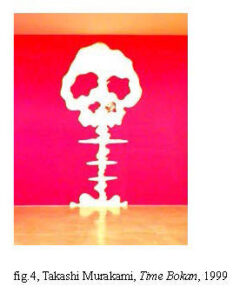 For example, in 'Time Bokan（タイムボカン）', which depicts the mushroom cloud of the atomic bomb, as he says

"The Japanese people were bombed, but then they were castrated, and the tragedy of the atomic bombing became such a nostalgic event that it was portrayed in such a cute anime.

"But maybe that's the future of the new culture of the region that the hegemonic United States will invade and newly colonize, or the new colonies of the world."

For example, in 'Time Bokan', which depicts the mushroom cloud of the atomic bomb, as he says

"The Japanese people were bombed, but then they were castrated, and the tragedy of the atomic bombing became such a nostalgic event that it was portrayed in such a cute anime.

"But maybe that's the future of the new culture of the region that the hegemonic United States will invade and newly colonize, or the new colonies of the world."

This is a deliberate production.

A famous gallerist of contemporary art in japan told me about the situation like this.

"Mr Yokota!, if you try to sell local Japanese culture and art, such as Japanese paintings and kimonos, to white people in the West, they won't accept them.

You have to give them a cushion.

Sushi, for example, is a California roll with mayonnaise on it.

When white people tried it, they found it to be delicious.

He was hooked on American creative sushi and started eating it a lot. 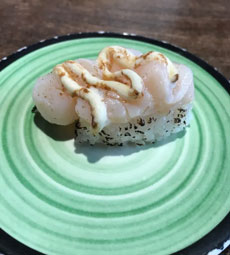 ※This is the most popular local menu.

One day, He was told by a Japanese person who had come as a guest.

This is not real sushi from Japan.

So, what does real sushi look like? I would like to go to a famous restaurant in Tokyo and try it.

That's how you finally know what real Japanese sushi tastes like when you try it.

That's what I'm talking about."
However, it is usually not possible for someone like Takashi Murakami to go to such lengths to gain high praise by making discoveries that will never make white people uncomfortable.

My pride as a Japanese would not allow me to do that.

Mr. Toyotsu Yamamoto once said to me

"Yokota-kun runs a programming school with his business and is able to make a living at it. That's why your work is so sweet.

Murakami and I talked at length for several hours the other day, and all you have is your pictures.

If that's the case, I want to leave my name in the history of art at all costs as proof that I lived in this place in this time.

For that purpose, I would be willing to die tomorrow in a flash.

The only difference between you and Takashi Murakami is whether or not you have that burning passion! (angry)"

The only difference between you and Takashi Murakami is your passion.

To the young man who said, "I don't think Mr. Murakami's paintings are good.

To a young man Murakami says