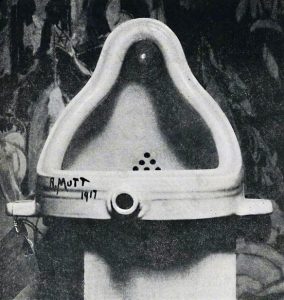 Development of the production thought of the art of paintings is to realize a new combination of heterologous thing .

The artist derrick down the wall of preconceived idea one after another,and hits on many newer ideas more and more and produces it more freely. Now,many people fixed on the idea that the artists must paint picture which he watch. But many painters such as Leonardo da Vinci drew thought and imagination. It was released from the fixed idea.

Imagination is like a flying bird , He derrick down the wall, and rushes about freely and overlooks the whole, and builds the building of the thought called the play and the drama.

It is this meaning that Odilon Redon said " The ceiling of the Impressionists room is low. Because Impressionism is going to draw human psychology and unconsciousness, thought and scientific recognition. Redon drew the monster whom there was not in the world , and became a pioneer of the surrealism.

I think that we can produce a new interesting and a fresh works of art by using this method more and more. Interesting and Freshness are the same meanings mezurashiki(珍しき) of Zeami. Zeami(世阿弥), the second, is famous as a person who achieved perfection of Noh play in Japan .(AD1360?~1443?) Production of the works of art is play in the meanings that Roger Caillois  said "Saint, Worldy ,Play". It is the same meanings that John Lennon said "I play a sound and words" to the fan who take the content of Jhon’s poem seriously, and is troubled seriously.