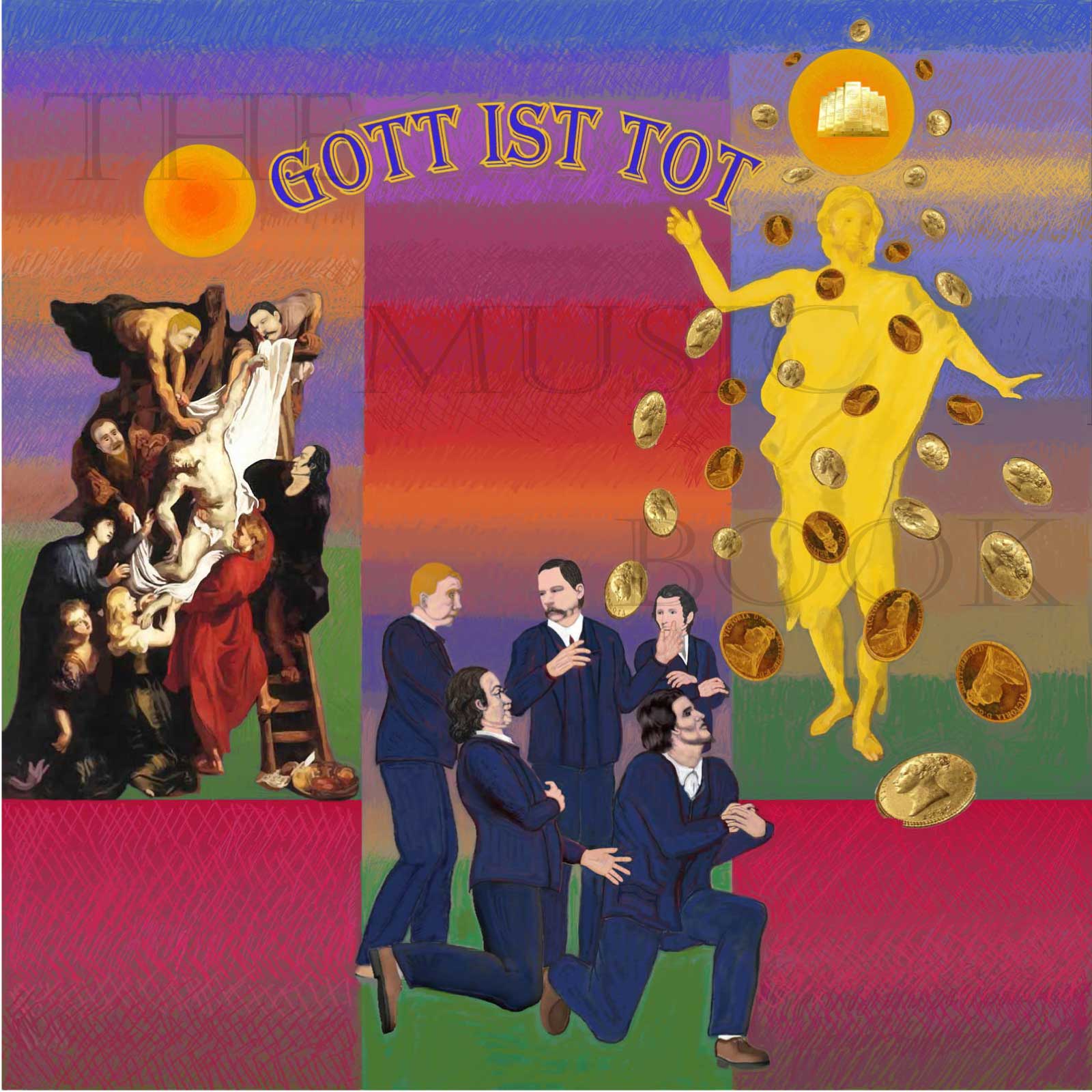 I hope you will think of it as a pastel painting.

I made a poem about this picture.

Please read it to understand the content of this picture

Titel: "God's declaration of death Yahweh's God Is Dead and Money Has Replaced Him!

"God is dead! God remains dead!
And the time has come for the superhuman to live.

"Please read Nietzsche, father.
The superhuman is is exactly what you are"

In the Middle Ages, you used to be so enthusiastic about God every day.
Now that you have stopped worshipping God, what do you believe in?

"Money! Money! More than family, more than my blood"

"Money is a deviation. It is easy to see the superiority of the rich because it is just a numeric

What is more important is what money can't buy.

The decisive question is, who are you?"

They are not all sold in online stores either.

*1 河合隼雄 He is a professor at the Faculty of literature, Kyoto University（京都大学） Japan, and a leading figure in the introduction of Jungian psychology and counselling to Japan.
He was the Commissioner for Cultural Affairs in Japan（文化庁） ,too.

*2 堀江貴文(ホリエモン） His nickname is "HORIEMON" Japanese businessman and TV personality. He dropped out of the Faculty of literature at the University of Tokyo（東京大学）, the most difficult university in Japan to get into.
He failed to buy a Japanese professional baseball team and a TV station, and was later arrested for economic crimes and released from prison.
He is currently active as a TV and internet personality.
He is also involved in the development of small rockets.