I could not secure enough time to produce a picture by Lehman's fall.

I promised Mr. Yamamoto that I produce some pastel pictures and show him the photograph of them.
But I cannot secure time to produce a work. 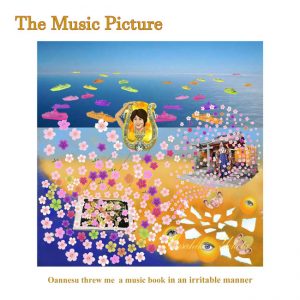 At 2016 I could finally breathe again, I begun to produce a picture
I decided to become an professional painter. and must have income by painting picture just before 60 years old .

Therefore in a short amount of time , I produced some paintings and I went to Tokyo gallery to contract with it .

In those days , I discovered an existing common scientific law between music and pictures by a longtime study at last .
This epoch‐making discovery is the first time in the world.

I applied myself to the study of popular music.

When I produce an art work ,I am using this scientific law.

Its painting is a series of art works on this homepage

I showed only him and his brother Yukito Tabata(田畑幸人) treatise that the theory was explained , and he said “it was right and an epoch-making discovery in the history of fine art.”

◆If this discovery is in medicine and physics, I certainly will win the Nobel Prize

Follow @masahikoyokota1
おすすめの記事
When I enter an university・・・" You have an excellent fine art talent and business sense"【My History No3 】
Before I enter Otaru University of Commerce ,I lost my way . Should I ...
Types of prints are explained. Famous artists and representative works of each type of print are also listed and explained.
This page explains the types of prints and their value and price as wo...
The value of etchings, lithographs, and giclee prints as works of art. Where can we buy prints with asset value?
As prints are reproductive art, many people wonder if they have the sa...
This is a drawing of a new work that I have been working on for a while. I'm going to start drawing it with painting software.
I haven't decided on a title yet, but I'm going to call it "Dualism: ...
【About My Resume Introduction】 How a genius boy of painting was recognized as a "world-class talent" by Japan's leading contemporary art dealer.
How did a natural-born "genius boy of painting" come to be regarded b...
Development of the production thought of the art
Development of the production thought of the art of paintings is to re...
Why was Takashi Murakami's contemporary art and artwork so highly acclaimed in the West? No1
This is the world's most comprehensive explanation of the value of Tak...
Translation possibility of each art field
For example, so that a picture and music are so,each field of the art ...
MY GICLEE PRINTS ONLINE SHOP
THE PURCHASE OF PASTEL ORIGINAL DRAWINGS AND LARGE SIZE GICLEE PRINT
CONTACT
Let`s Try・・・High-performance translation software using AI