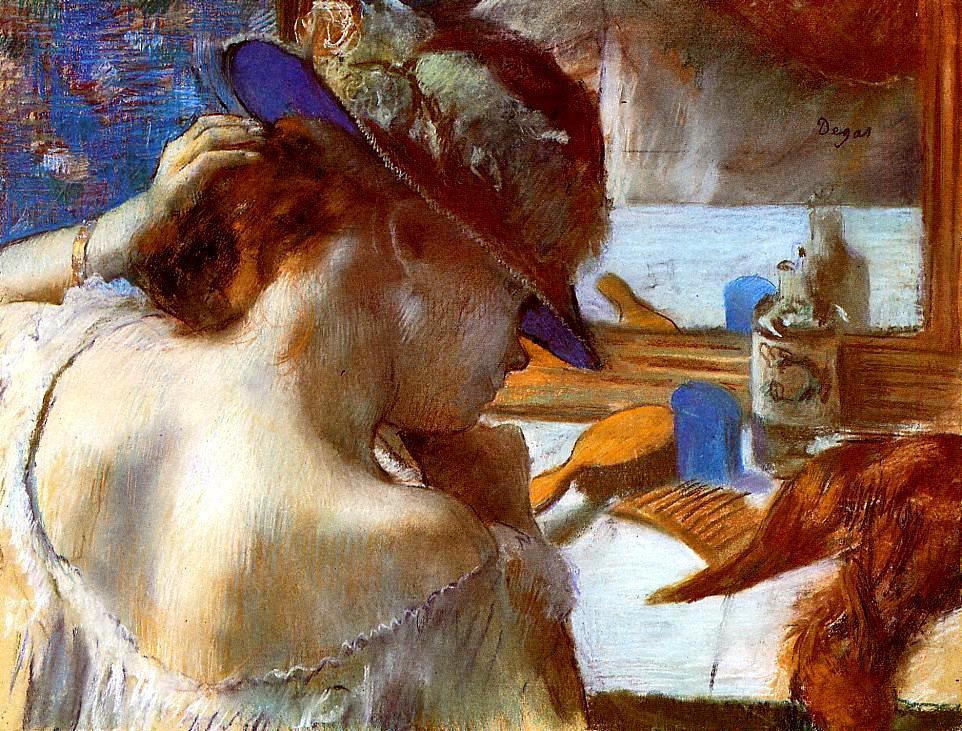 Hello. I am Masahiko Yokota, a pastel painter and digital artist living in Sapporo.

In this second installment, we will discuss Edgar Degas, the "The ballet dancer Painter.

Degas is one of the most famous pastel painters along with Redon.

In fact, these two are the only two masters of pastel painting. 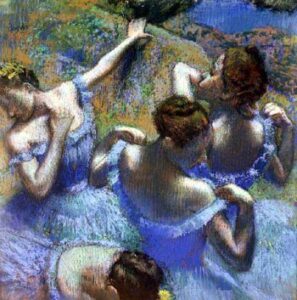 This is still the case today, and no famous artist born after World War II is a pastel painter.

By the way, about 10 years ago, I found an art school specializing in pastel painting in Europe on the Internet and read about it in detail, but now I can't find it even if I search on google overseas.

Maybe it is gone now.

As for Degas's pastel paintings, I have never used them as a reference.

I don't dislike them, but I don't like them either.

The reason is that, although I have never consciously thought about it, as I said, unlike Redon, there is no deep spiritual content in his works.

I think it is because he is a painter who paints the external environment mainly with a figurative interest, and because he is not very interested in the ballet itself.

Many European painters, such as Kandinsky, are ballet lovers. 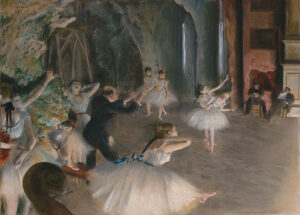 The beauty of Degas is that his compositions are musical, and when you follow the figures on the screen with your eyes, they are rhythmic and melodic, vibrant and innovative.

In this aspect, I would like to study it again.

I once saw a large-scale exhibition of Degas's pastel paintings at a museum in Hokkaido, Japan.

What surprised me a little was that some of them were painted on cardboard-like paper, and surprisingly, the lines were drawn with a really thin and light touch.

This, in turn, accentuates the saturation of the colors, giving them a fresh, indescribable appeal, and once you see them, you will be tempted to keep looking at them.

This is probably because the lines have a sporty vigor. 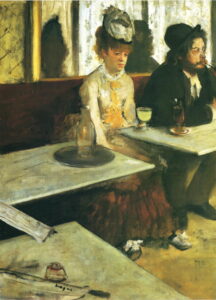 Degas was proud and difficult with his artist friends, sometimes making them uncomfortable when they visited him.

However, looking at his paintings such as "Absinthe (at a cafe)" and "The Bathtub," it seems that he was not a cold person, but rather a warm person at heart who easily and warmly looked at oppressed people and women in society.

I think he was literally clumsy.

Degas began to use pastels at the age of 47 because his eyesight was deteriorating, and he began to make more pastels, sculptures, and lithographs, which he could paint with his eyes closer to the picture than oils.

Furthermore, pastels were probably Degas's best art medium because he could quickly draw lines all at once without the need to dry them, as he would start working at once when his interest was piqued on ballet practice stages.

Drawer who willed that the epitaph should read "This man drew all his life."

Painters of the drawing type such as Angle, Picasso, and Sotaro Yasui are often less skilled in the use of color than colorists such as Delacroix Matisse, Bonnard, and Ryuzaburo Umehara, but in the case of Degas, this is never the case.

I think this is partly due to the use of pastels, which excel in color and saturation.

From Angle, who is respected and admired as a sketcher

He said, "Draw thoroughly. Draw as many lines as possible.

and this phrase has been treasured throughout his life, and is inscribed on his tombstone.

He left a will that said, "This man has been a sketcher all his life. 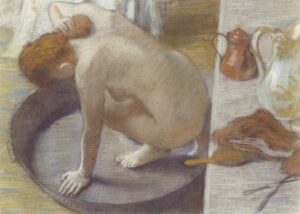 When he was 40, his father, a banker, died, and Degas, the eldest son, was saddled with huge debts and had to sell his house and property to pay them off.

The later years of his life were marked by blindness, and at the age of 78, his studio on Victor Masse Street was demolished and he was forced to leave.

He was no longer able to paint, and due to his declining health, he stopped painting.

By this time, however, Degas's works were fetching extremely high prices.